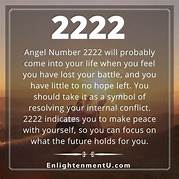 Nope . . . we’re not just repeating ourselves.
Today is February Second, Two Thousand Twenty Two – the second day of the second month of the twenty-second year of the second millenium.
Or, for short –
Two Two Two Two.
We don’t know of any other significance of that, other than it’s just really neat, and we thought we’d just point that out to everyone.
So . . .
Happy Two Two Two Two Day!